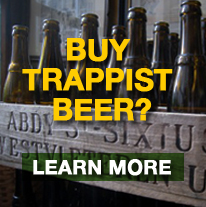 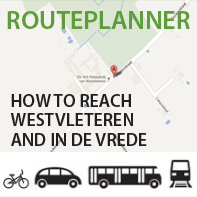 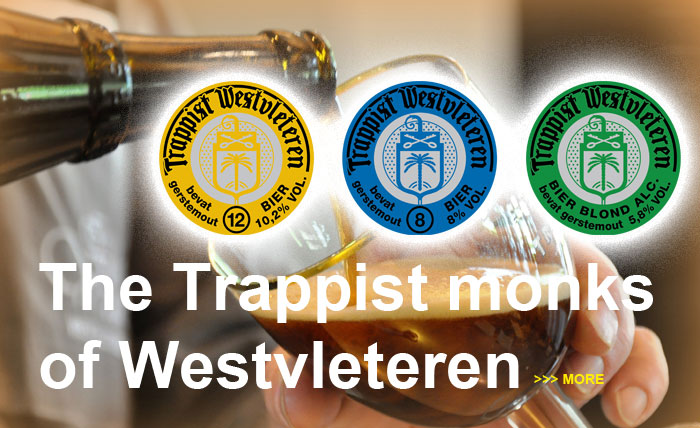 ← Back
Walks and surroundings

This walk starts at the St. Sixtus abbey, one of Belgium’s twelve Trappist abbeys. This typically rural landscape has been part of the hop region around Poperinge for ages. The landscape is undulating and the route makes use of church trails, grass tracks and country lanes. The itinerary leads you through a patchwork quilt of woods, hop fields and grasslands. A British military cemetery reminds visitors of the First World War.

Dozinghem Military Cemetery, Westvleteren, was located just behind the front held by Commonwealth forces in Belgium during the First World War. However, in July 1917, three groups of casualty clearing stations (military medical posts) were set up to prepare for the imminent offensive. The troops called them Mendinghem, Dozinghem and Bandaghem. The 4th, 47th and 61st casualty clearing stations were set up at Dozinghem (named after the verb "to dose", i.e. give drugs or painkillers in small, precise amounts) and the military cemetery was used until early 1918.
The register of Dozinghem Military Cemetery records particulars of 3,174 Commonwealth war graves and 65 German war graves. The cemetery also contains 73 graves from the Second World War, for soldiers of the Allied forces who died during their retreat to Dunkirk in May 1940. The cemetery was designed by Sir Reginald Blomfield.
Within walking distance (ca. 400m north) from the abbey you’ll find a small wood with a Lourdes-style cave that is open to the public. Built from mountain rock imported from woods around the Rochefort Trappist monastery, the cave was erected in 1921 in order -, says the information panel - to recognize the fact that the abbey, and everyone living around it, were saved from death and destruction during the First World War.
Start: at the public car park, on the corner of Canadaweg and Leeuwerikstraat
Distance: 4.5 km - Max 1.5 km paved road - wear appropriate shoes when hiking in wet weather.
Waymarked: yes
Download the route map

A waymarked trail in the woods nearby the Sint-Sixtus abbey, with distant echoes of World Wars 1 and 2. Besides Dozinghem Military Cemetery, which reminds us of World War 1, the woods house a concrete floor slab of a V1 launch base - the best preserved base, in fact, in all Flanders. The base was, in fact, never used as World War 2 was almost over when it was set up. The story of the V1 base is described on a local information panel.

The Canadabos (Canada wood) hosts mainly common oaks and chestnut trees, which are over a century old. In some places, you may encounter chestnut trees, common ashes, birches, sweet cherries and mountain ash berries. The bushery consists primarily of hazel trees, European bird-cherries, Guelder roses, elders and black dogwood. Don’t miss the rare two-style hawthorn, medlar and wood roses. Just like the Sint-Sixtus wood, Bardelen wood and Dozinghem wood, the Canada wood is part of a highly fragmented complex of woods extending over 220 ha. The wood, grasslands and fields are an excellent biotope for many rare animals. The palmate newt, alpine salamander and green and brown frog, for example, adore the lazy pools, while the woods are home to precious birds like golden orioles (the male in bright yellow, the female in olive green feathers). Moreover, the largest population of deer in the Westhoek region lives in the Sixtus woods. Notice also the hills of the protected red wood ant, a type of ant unique to these parts.

At the end of the walk you can go to the right, across the Nonnenstraat, to spot the remnants of a water reservoir built during World War I alongside the military railway that ran inland from the coast to the hospitals along the frontline. The place was deforested during the First World War to provide room for the railway. After the war, the track was removed and the wood was replanted.

The eastern part of Dozinghem wood includes a 2.5 ha part of wood especially for children/youngsters to play in, away from the main paths.